A detailed review of Toyota rush specs and related information 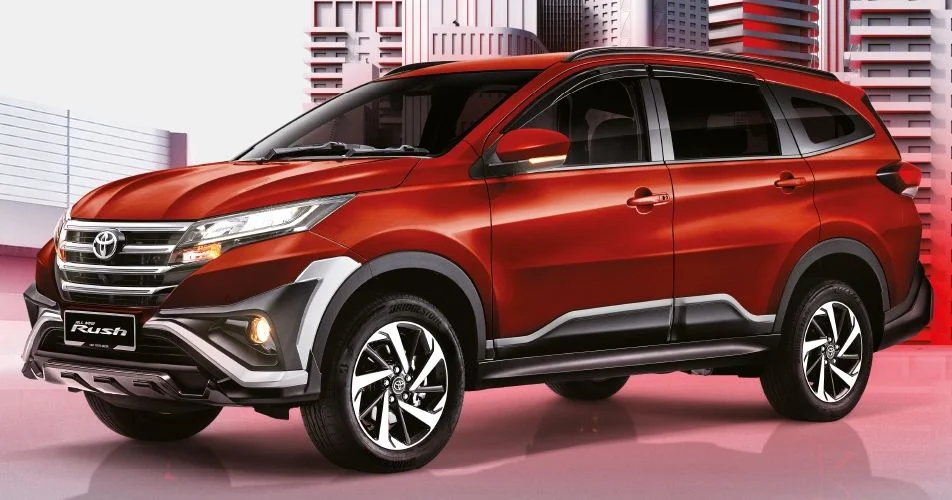 Toyota Rush is highly appreciated by consumers with many outstanding advantages and features. This is one of the classic SUV models with outstanding sales and is very trusted by Filipino customers. As a hybrid model between the MPV & Crossover series, Toyota Rush has the ability to move flexibly in many terrains with large ground clearance and a relatively small turning radius, easy to move in urban areas. Learning about Toyota rush specs will help you to have more knowledge about this car.

Toyota rush specs you should know

Through the above specifications, it is possible to evaluate Toyota Rush dimensions in the segment of a 7-seater car but not too big but extremely compact, suitable for moving on all roads.

In addition to the Toyota Rush specs given above, you should also find out Toyota Rush engine specs through reviews of the interior, exterior as well as engine performance.

In terms of exterior, Toyota Rush owns a sporty and personality exterior design. The front part of the car features a trapezoidal grille cluster with horizontal black horizontal bars inside. The lighting system includes black fog lights, headlights, and LED daytime running lights with automatic control functions to help the driver get the best visibility.

The body of the car is extremely impressive with embossed ribs. The set of 17-inch scratched rims and unique dark-tone wheel arches make Toyota Rush look taller and stronger. The two sides are a set of rearview mirrors with convenient folding features and integrated modern turn signals.

The rear of the car includes large, angular panels painted in black to create a masculine and attractive appearance. The rear light cluster adopts modern LED technology, shaped in the form of a large shovel. From the above details, we can feel the certainty and robustness of this car.

Regarding the interior, Toyota Rush is highly appreciated for its neat and tidy layout and arrangement of details. In the cockpit area, in the center is a 7-inch DVD screen connected to an 8-speaker audio system, in addition to the ability to connect AUX / USB / Bluetooth / Wifi / HDMI / … Next is a 3-spoke leather-wrapped steering wheel. , metal plating, and integrated control buttons. With the latest version, the car line has minimized the appearance of air conditioning knobs.

The seating system on Toyota Rush is covered with felt material. The 2nd and 3rd-row seats have a convenient electric folding function that helps users to expand the luggage compartment when needed in the most convenient way.

>>> Suggested for you: Toyota Avanza 2022 Specs – A Detailed Look At The Features

Regarding the engine, Toyota Rush uses a 1.5-liter 4-cylinder gasoline engine for maximum power / maximum torque with Toyota Rush horsepower 102 hp / 134 Nm combined with a 4-speed automatic transmission. down to the RWD drivetrain. It can be assessed that this engine is quite good to ensure the operation and flexibility of the car.

Toyota Rush is equipped with a Macpherson front / rear suspension system, accompanied by quite thick tires, so customers when driving this car will have a smooth feeling in the vehicle’s operating mode, helping keep you excited and control your car in the smoothest and smoothest way.

In terms of operation, combined with the engine block above and equipped with safety facilities, the Toyota Rush is considered to operate smoothly and smoothly with a stable driving feeling. In addition, this model also has the advantage of a high ground clearance of 220 (mm), which helps Toyota Rush to cross flooded roads and get the most optimal performance.

Toyota rush specs are highly appreciated by many customers to help the car have full facilities and powerful engines. Hopefully, the information shared above will help everyone find a suitable car for the family.

Thank you for taking your time! Also, you might read our writing of any other article like this on Car Specifications. If you have any questions, feel free to comment below or contact Autospecs.com!